First off, let me remind you, I am a terrible golfer. I have no business playing these fancy-schmancy golf courses. But the checks clear, so the powers that be continue to let me enjoy them. So a weekend of golf commenced.

John and I started at Pasatiempo, of which I have a total of ZERO photos. Played with a member, Mark, that made us feel at home while I destroyed his course. He even got a laugh out of me drilling the jerk member’s house on 17. Great fun it was. Later we concluded that it was the best of the three courses we played over the weekend.

Then off to Pebble Beach. We stayed at Spanish Bay, and were welcomed like royalty –

Champagne, and a sunset, nice –

We got up the next day to play Pebble. The clock ticked towards 10:40 –

John got us started (actually, my tee shot went 3 feet, so you don’t get to see that) –

Later, after a bunch of aiming fluid, the ladies joined us and took photos for the last couple holes. Count the beer cans in the photo – 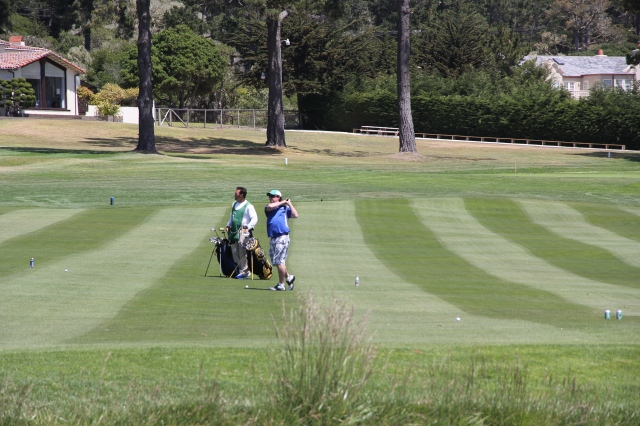 One of the locals, residing on the tee box –

Team Quattro, with our Head Coach Kevin, coming down the stretch –

EnnZee had the “B” caddie filling his ear with swing tips – 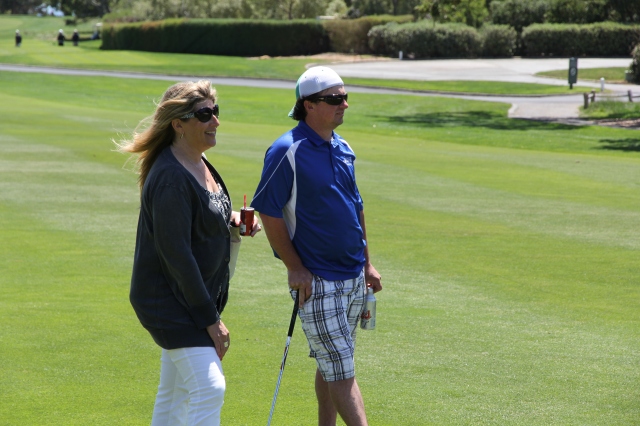 Shortly after this photo was taken, my game was officially dead. The fine folks at Spanish Bay were nice enough to send a bagpiper to the funeral –

So that was Pebble. Thanks to Therese & John for joining up.

And special thanks to my wife, Marla, for putting up with our shenanigans.

We played Spyglass the next day, again, ZERO photos. Tough, frustrating, entertaining, yet fun. We were out of gas by the end of the round. John and Therese headed off for home, while we headed for SoCal.

My Pop and I managed a round at Sandpiper. Awesome time. Just a couple photos and a video for you – 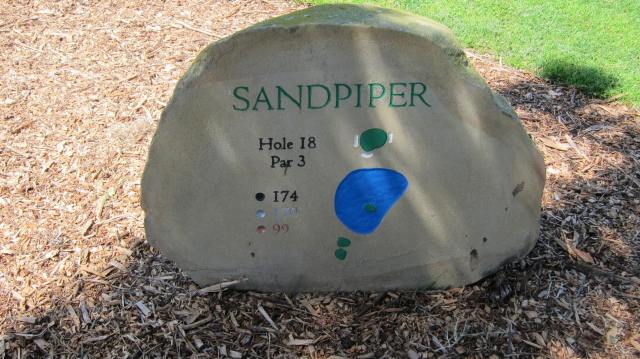 Enough for now. Found the Space Shuttle yesterday, but missed out on Big Kahunas, so we’re on a bit of a mission. Might even watch bodysurfing at The Wedge this afternoon.