Sorry, long time no post. Going back to work, taking time off work, not working hard – All have conspired to make me exceptionally lazy. That, and beer. And football.

Anyway, I’ve promised a review of our Whistler Thanksgiving and now must make good. Without further ado….

Back in May when we booked the condo, I asked my Australian friend John, if he would like to join us. He promptly said ‘Yes, of course. Count me in”, which of course meant he had 6 months to formulate his excuse for not going. Fourtunately we were able to coax another friend to join us on short notice. Everyone, meet my Irish/New Zealand friend – Johnny O’ Yates –

This one’s a bit of trouble, and couldn’t wait to get out and about. No sooner had we got there, and he was raring to go. He even brought his own money –

So, off we went. Traditional first stop for a bit of food and something to drink, The Dubh Linn Gate. Good Irish bar, and right up Johnny’s alley –

So a shot of Jamesons, and a pint it is. After the drive, how about something to eat? Johnny  says, “Yes, please” 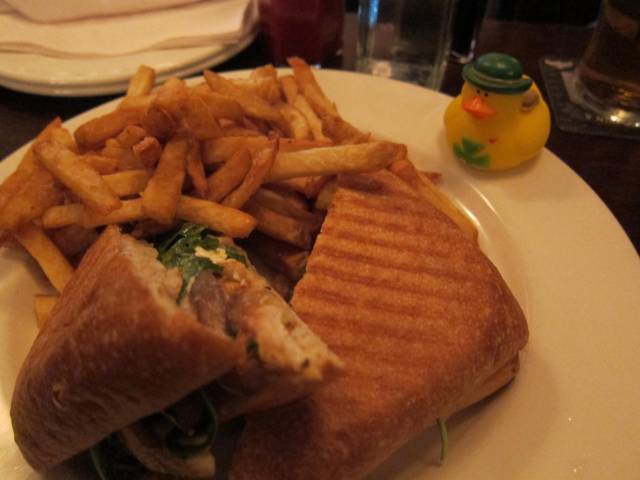 Amazing little bugger can really put away the chitlins

The beer was flowing, but we know from past experience that poor Johnny can only handle 1 shot of Jamesons, so we kept him on a tight leash. Alas not tight enough, as the first time we turned our backs, he was carrying on to no end. He loves being among his own people

We also know that when he starts singing traditional Irish songs with the band, it’s well and truly time to retire for the evening

So we head back to the condo, walking thru the Whistler Olympic Plaza. Leftovers from the 2010 Winter Games, and being put to GOOD use this weekend by hosting a Loverboy concert Saturday night. Dan and Julie almost crashed when I told them we scored 3rd row tickets 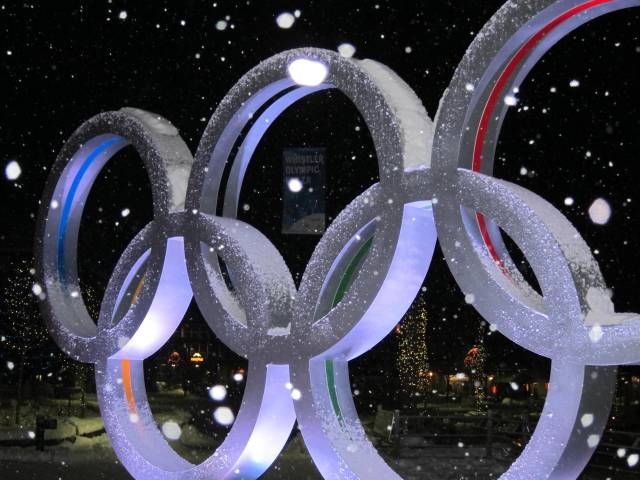 We hit the hot-tub for a spell, then off to sleep. Poor Johnny knew we were right to cut him off, the proof was in his hot-tub ettiquete 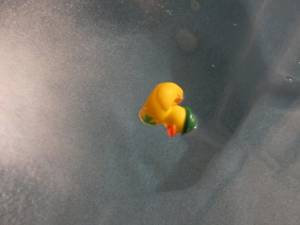 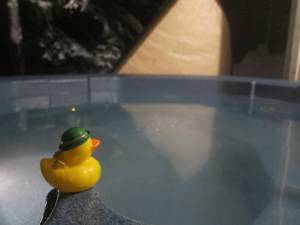 Then, how about a little walk to prevent coagulation of all the cholesterol just ingested? Okay, good idea. Maybe skinny dipping in the lagoon? Too cold for that 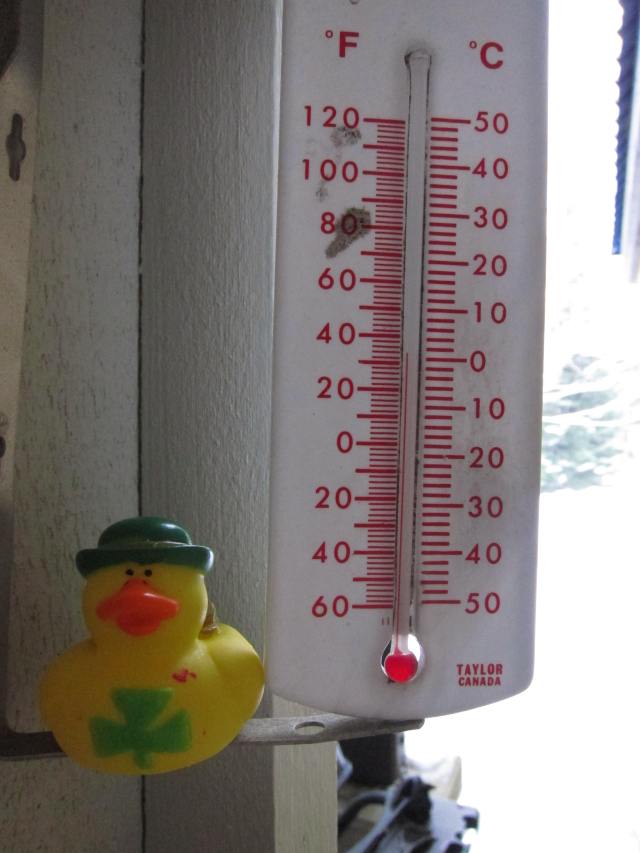 Besides, lagoon is closed you idiots. Go back and watch the parade or something would you?

Sure is peaceful up here. 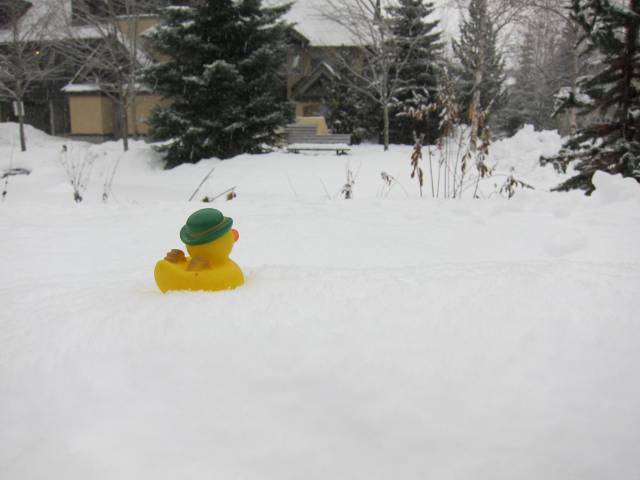 Well, time to go. The Dolphins on Turkey Day? Seriously. Let’s find us another joint. Something with a bit of class. And good beer on tap. Ric’s Grill 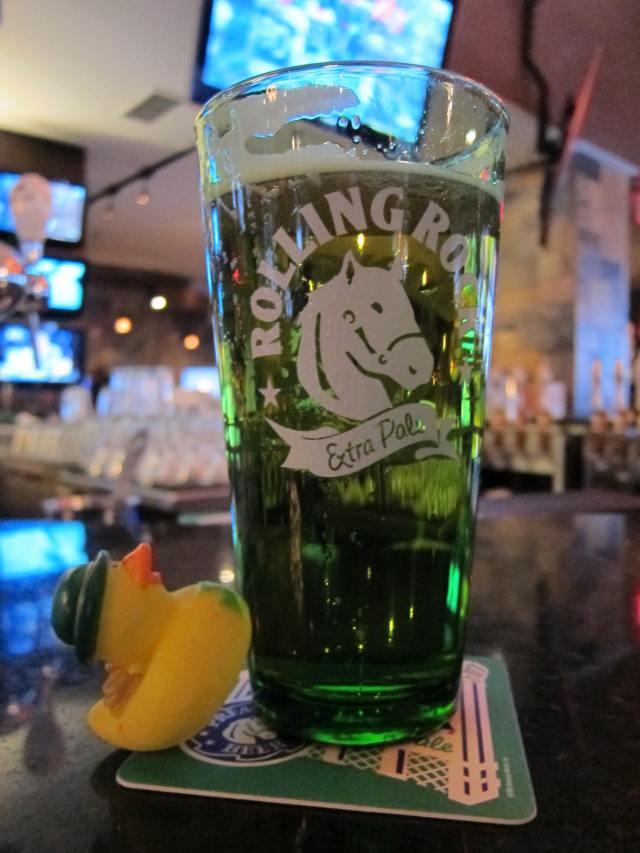 It’s when you get up to use the restroom, that they sneak off and get into all sorts of mischief. Like, diving into the wishing well and acting like Daffy Duck

Time to start heading down the hill, we can stop for another round and a snack, and then we gotta get the feast prepared. How about a look into Blacks? Okay

Why don’t you sit outside and cool off for a bit. 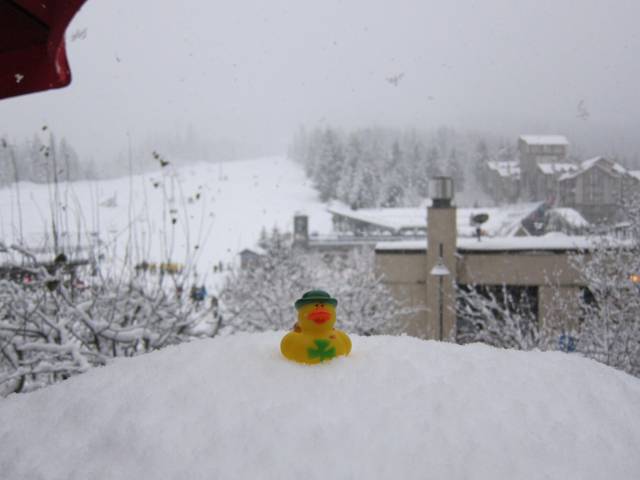 We’re off to the store for a few things for the Thanksgiving feast of which there are no photos. Turkey on the BBQ is always a good call. Thanks Blacks, thanks IGA 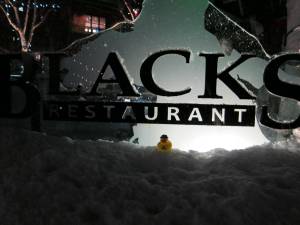 So Friday turns out to be a chamber of commerce day – Clear skies, lots of snow, and a mountain that’s open for business. We take a walk in search of the Upper Village and a decent photo or two

We manage to find the Fairmont, and in it they have this little spot for people watching. Perfect, let’s see about something to quench the thirst and the hunger 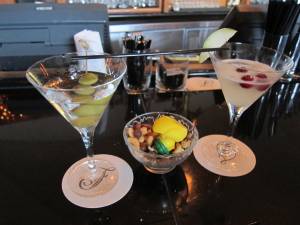 How’s the band? Not so good. All in good fun 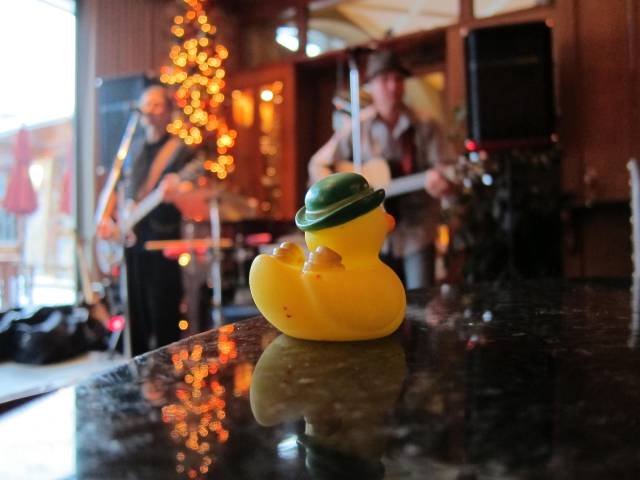 Time for a roadie and then the tab

Saturday we got the tail end of the weather system that brought all the snow – In other words it rained all damn day. So much for our planned snowmobile ride 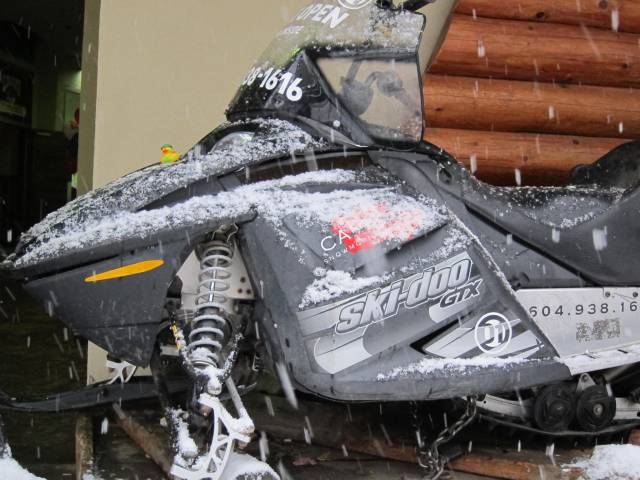 And our planned heli-ski trip

They even shut down the bobs

leigh run just before our turn

Turned out to be a good day for shopping, football, bloody caesar’s and beer 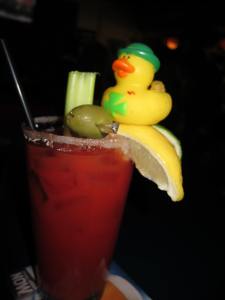 We inquired as to where we should go, and this nice young lady pointed us to the Irish bar

Said it was lots of fun and they even had live music and stuff. Off we went 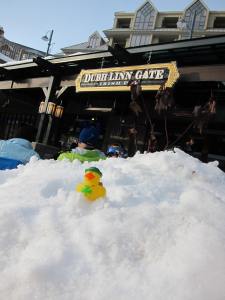 Not again! We have got to get out of here before things get out of hand. One last stop at the Brewpub for a photo of the train running around the rafters of the place

And with that, we…

… called it a weekend.

We had a small group this year, and had a really nice time.

Too bad my Australian/Arizonian senorita couldn’t join us. Maybe next year? Johnny O’ Yates has already called dibs on the second bedroom, so you’ll be on the couch if you do make it John.

This entry was posted in Uncategorized. Bookmark the permalink.