As the bird flies, 2 miles from our house, is an International Airport. Not very big, doesn’t even have a paved runway. In fact, there is no runway. When the pilots call in for clearance to land, they’re not just interested in wind speeds and weather. They also ask about the waves. Kenmore Air operates a satellite hub out of the very Northern tip of Lake Washington. For floatplanes. Or seaplanes. Whatever.

So I thought I’d stop over after work to see if there was anything cool to take pictures of and, lo and behold, there she was – 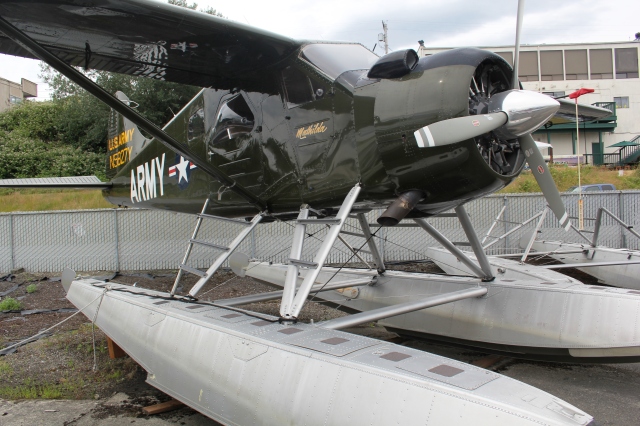 I think the paint was still drying! Someone went to a lot of time and trouble to replicate a very cool idea that was wedged in the deep nooks and crannies of their brain and or heart. To that, Sir or Madam, I say “WELL DONE!”.

She’s a 1956 de Havilland Beaver, originally delivered to the US Army in June of 1956. She bounced around a bit after service life, was crashed in January of 1981, and brought back to life not long after. She’s now a resident of my local, International Airport.

Rocky & Bullwinkle, were clearly jealous of the attention being paid to the old Army plane – 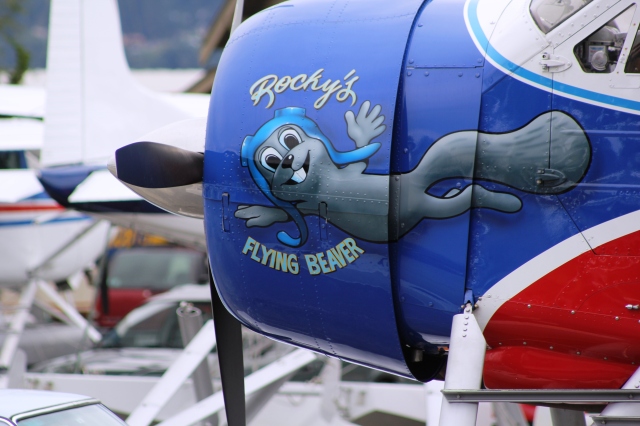 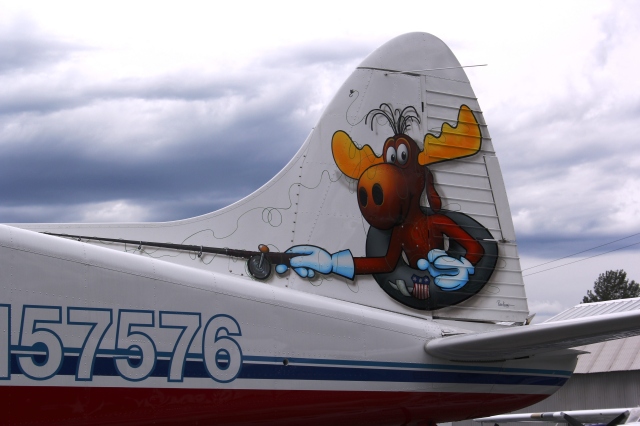 They shouldn’t be. Anyone that can takeoff and land in water is pretty cool.